As Ethereum (ETH) continues its seven-day advance and surpasses the $3,000 mark, the amount of ETH on cryptocurrency exchanges has dropped to levels not seen since September 2018.

Namely, only 13.55 million or about 11.3% of the 120 million ETH in circulating supply is currently kept on centralized exchanges, as per the chart shared by the crypto market analytics platform CryptoRank on March 21.

Ethereum balance in smart contracts goes the other way

Meanwhile, as the ETH balance on exchanges drops, its supply in smart contracts is going in the generally opposite direction, visible from the chart shared by the co-founders of the on-chain analytics platform Glassnode on March 21.

Per the platform data, the ratio of Ethereum on exchanges at the time of publication was 18.3%, compared to 27.6% of Ethereum in smart contracts.

In connection with this information, Finbold had written four days earlier about the largest exchange outflow of Ethereum since the year’s turn, signaling a potential increase in the token’s price, which we’re witnessing happen at this moment.

Earlier, Finbold had also reported on the trend of transaction fees on both the Ethereum and Bitcoin (BTC) blockchains going down by 90%, making these blockchains cheaper to use and more available to the wider public.

Specifically, the price of the second-largest cryptocurrency per market capitalization has recently retested the $3,000 level and at press time stood at $3,016. This is an 18.88% advance compared to $2,537 at which it traded one week before.

One day before that news broke, Finbold noted that more than $20 billion had poured into Ethereum’s market capitalization in just one week. At the time of publication, this number stood at $362.17 billion, increasing from $349.3 billion it had seven days before, as per CoinMarketCap data. 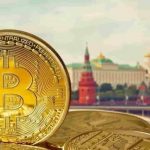 Russians are not flocking to crypto to avoid sanctions, says Chainalysis co-founder