Gary Gensler, the chairman of the Securities and Exchange Commission (SEC), has come under fire for his crypto stance and regulatory practices and for aggressively asserting control over cryptocurrencies by classifying them as securities and disregarding prior SEC judgments.

Following recent allegations of corruption and market manipulation, a petition on Change.org demanding that SEC Chair Gary Gensler be removed from his position has garnered significant attention.

At the time of publication, the petition ‘Fire Gary Gensler as SEC Chairman for obstruction of justice’ has received over 16,000 votes.

The petition claims that Gensler should stand down because he failed to safeguard ordinary investors from fraud caused by short selling and dark pool misuse committed by Citadel Securities.

The SEC chair has also been accused of shorting crypto-focused companies such as AMC Theatres (NYSE: AMC) and GameStop (NYSE: GME) via Vanguard Group, Annabel Lee LLC, and an unregistered Marital Trust.

Meanwhile, on July 27, attorney John E. Deaton disclosed that money belonging to Gensler’s businesses Annabel Lee LLC and a Marital Trust, are managed by Vanguard Group. The Chair of the SEC has a net worth of more than $100 million, of which Vanguard manages 90% of the assets.

Deaton also said that Gensler intends to assert authority over crypto as he continues to classify cryptocurrency tokens as securities.

In addition, Gensler asked crypto exchanges to agree with him by asserting that he would collaborate with crypto exchanges to safeguard investors better. At the same time, the Chairman has persistently refused to communicate with XRP investors, the United States Congress, and other financial authorities.

In addition, the SEC under Gary Gensler seems to shun prior rulings and official opinions. For example, in the lawsuit against Ripple, the SEC fails to provide drafts of Hinman’s 2018 speech despite a court order.

As per Ripple CEO Brad Garlinghouse, the SEC counts on the fact that most crypto-related enterprises lack the financial resources necessary to file a legal challenge against the agency. 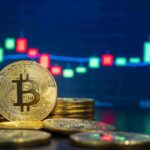 Bitcoin rose 17% in July - its best month since October 2021; What will August bring?