Over the years, United States-based exchanges have remained an attractive destination for most companies aiming to go public. With businesses jostling to join the trading platforms, the exchanges have also delisted a significant number of companies.

NYSE recorded the highest delisting with companies on the platform, dropping 15.28% year-over-year from 2,873 to 2,434. Elsewhere, Nasdaq listed companies grew 7.86% from 3,306 to 3,566. Data on the number of listed companies on NASDAQ and NYSE is provided by The World Federation of Exchanges.

The delisting of the companies is potentially guided by basic factors such as violating listing regulations and failing to meet minimum financial standards like the inability to maintain a minimum share price, financial ratios, and sales levels. Additionally, some companies might opt for voluntary delisting motivated by the desire to trade on other exchanges.

Furthermore, the delisting on U.S. major exchanges might be due to the emergence of new alternative markets, especially in Asia. China and Hong Kong markets have become more appealing, with regulators making local listings more attractive. Over the years, exchanges in the region have strived to emerge as key players amid dominance by U.S. equity markets. As per our previous report, the U.S. controls 56% of the global stock market value.

Worth noting is that the delisting of firms was initiated due to strict measures put in place by the Trump administration. The current administration has left the regulations in place while proposing additional regulations. For instance, a recent regulation update by the Securities Exchange Commission requiring US-listed Chinese companies to disclose their ownership structure has led to the exit of cab-hailing company Didi from the NYSE.

Impact of pandemic on the listing of companies

The delisting also comes in the wake of the Covid-19 pandemic that resulted in economic turmoil. With the shutdown of the economy, most companies entered into bankruptcies as the stock market crashed to historical lows.

Lower stock prices translate to less wealth for businesses, pension funds, and individual investors, and listed companies could not get the much-needed funding for their normal operations.

At the same time, the focus on more companies going public over the last year can be highlighted by firms on the Nasdaq exchange. Worth noting is that in 2020, there was tremendous growth in special purpose acquisition companies (SPACs), mainly driven by the impact of the coronavirus pandemic. With the uncertainty of raising money through the traditional means, SPACs found a perfect role to inject more funds into capital-starving companies to go public.

From the data, foreign companies listing in the United States have grown steadily, with the business aiming to leverage the benefits of operating in the country. Notably, listing on U.S. exchanges guarantees companies liquidity and high potential to raise capital. Furthermore, listing on either NYSE or Nasdaq comes with the needed credibility to attract more investors. The companies are generally viewed as a home for established, respected, and successful global companies.

In general, over the past year, factors like the pandemic have altered the face of stock exchanges to some point threatening the continued dominance of major U.S. exchanges. Tensions between the US and China are contributing to the crisis which will eventually impact the number of listed companies. 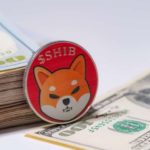 SHIB is the most-searched digital asset on KuCoin, followed by SAND and BTC