The cryptocurrency market saw positive growth for the first time in weeks, with a market cap value increase of more than $60 billion in the last 24 hours.

In light of the growth in the last 24 hours, Ethereum is also the most trending cryptocurrency on the CoinMarketCap platform.

Notably, as of October 25, the Ethereum community predicted Ethereum to trade at $1,488 on November 30, 2022, a 10% increase at the time but now interestingly less than the asset’s current price. As price estimations continue to come in between now and the end of the month, it will be intriguing to see if a more bullish average price emerges for the end of November 2022.

The investment giant Fidelity, in a bullish move for ETH, had announced plans to offer institutional users access to Ethereum transactions, allowing them to buy, sell, and transfer the asset as of October 28, in a decision that was driven by the success of the network’s recent Merge upgrade.

CFTC on Bitcoin and Ethereum

Meanwhile, on October 24, the head of the Commodity Futures Trading Commission (CFTC) declared that Bitcoin and Ethereum are commodities. When asked if the CFTC or the Securities and Exchange Commission (SEC) would have greater authority, CFTC chairman Rostin Behnam said,

“It’s a pretty cynical view to suggest two agencies can’t figure it out and work together.”

He continued by stating that, in his opinion, the two most prominent cryptocurrencies, Bitcoin and Ethereum, are commodities, even though the head of the SEC, Gary Gensler, would not agree with this assessment.

Gensler has, in the past, agreed with the concept that Bitcoin is a commodity. However, Gensler now believes that ETH and other cryptocurrencies that use a similar proof-of-stake (PoS) consensus should be classified as securities. 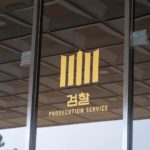