The cryptocurrency market volatility continues to escalate with the sector recording capital outflows led by large-cap digital assets like Bitcoin.

The outflow in the capital has been led by Bitcoin which is trading below the $40,000 mark ($38,285 at press time) while Ethereum has corrected by over 10% in the last seven days. On a year-to-date basis, Bitcoin has lost 18% of its value.

Although the cryptocurrency market has faced volatility since the start of the year, several factors have emerged as key catalysts. For instance, the regulatory aspect is gaining momentum.

Notably, the latest drop comes in the wake of the FBI announcing a new crypto crimes division. At the same time, the Department of Justice also unveiled its first director for the National Cryptocurrency Enforcement Team.

Additionally, the Joe Biden administration is also expected to issue an executive order on cryptocurrencies sooner than expected. The order will likely direct relevant government agencies to study Bitcoin and the crypto industry as part of coming up with relevant regulations.

The market has also traded in tandem with the equities which has also faced high volatility. The stock market is currently reacting to geopolitical tensions like the possibility of Russia invading Ukraine. The effects appear to have spilled over the crypto market.

The drop in Bitcoin and the general market is also aligning with several analysts’ opinion that the asset will correct further. As reported by Finbold, Global wealth management firm Stifel marketing strategist Barry Bannister believes that Bitcoin might correct to $10,000 by 2023

According to Bannister, Bitcoin will be negatively impacted by the Federal Reserve economic tightening, reduction in the balance sheet, and equity risk premium.

Although the correction has resulted in the fears of crypto winter, Ethereum co-founder Vitalik Buterin views it as an opportunity. According to Buterin, the bear market brings in a short-term speculative environment, especially for more sustainable projects.

Despite Bitcoin correcting significantly, several fundamentals indicate the asset’s price might rally in the future. For instance, the frequency of 13F filings referencing ‘Bitcoin’ has skyrocketed in 2022 growing 158% to 155 mentions.

The filing points to a possible interest in Bitcoin by institutional investors who have remained integral to the asset’s price growth in recent months.

Elsewhere, as per our previous report, Cryptocurrency exchange Coinbase views more opportunities in the space with the intent to hire more employees. According to the trading platform, it will onboard up to 2,000 citing “enormous product opportunities” in Web3. 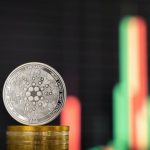