As the United Kingdom continues to explore how to approach cryptocurrencies, a significant share of banks in the region are open to allowing customers to interact with digital assets. Notably, the banks are acting as a medium connecting customers with platforms like crypto exchanges.

In this line, only 47% of UK banks don’t have policies allowing customers to engage with cryptocurrency exchanges, with a majority citing securing issues, a Finder.com research published by The Fintech Times on October 14 indicates.

The survey incorporated feedback from 17 UK’s major banks, building societies and banking apps. Seven of the contacted banks don’t allow transfers or debit/credit card purchases involving crypto exchanges. Some of the banks on this list include Halifax, HSBC, The Co-operative Bank and TSB.

The survey concluded that only four banks could be considered crypto-friendly. The category comprises digital-only banks or banking apps, including Starling, Monzo and Revolut.

Notably, the platforms permit transfers and withdrawals from crypto exchanges besides Binance, which is banned in the country.

According to the research, a crypto-friendly bank has almost no restrictions on customer interactions with a cryptocurrency exchange. In particular, customers can purchase cryptocurrency using their debit card, make payments to exchanges, withdraw money from their crypto wallet, and deposit it into a current account.

“It’s clear from the research that banks are taking the security of their customers seriously, which is vital, although there’s certainly room to improve the communication of their policies. Cryptocurrency isn’t going away, so this patchy communication is something that will need to be remedied sooner rather than later,” said Finder.com’s Kate Anderson.

The survey findings come at a point the UK is pushing forward to establish a crypto regulatory framework intending to make the region a digital asset hub. Notably, exchanges have emerged among major avenues to get involved in crypto, with the country recording a significant number of investors.

For instance, as reported by Finbold on September 23, British citizens had spent over £31.795 billion($34.7 billion) investing in cryptocurrencies. 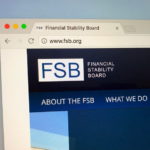