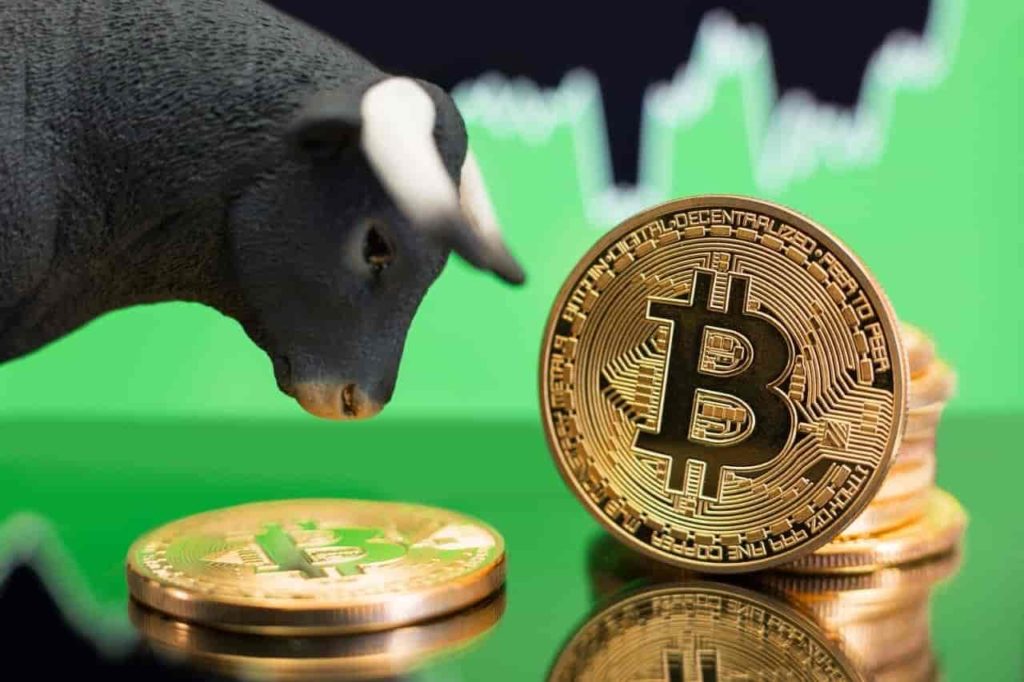 Experts anticipate further upside in the market as Bitcoin (BTC) maintains a price above $65,000 after hitting a new all-time high on October 20, 2021, as the asset skyrocketed on the second day of trading of the highly anticipated ProShares Bitcoin Strategy exchange-traded fund (ETF).

Currently, the flagship digital cryptocurrency is trading above $65,948 after breaking past the $64,800 milestone that it had set on April 14, up 1.87% in the last 24 hours and 13.24% over the previous seven days, according to CoinMarketCap.com.

In particular, several renowned experts think that the current surge marks the beginning of a big bull run that will see Bitcoin and other cryptocurrencies break beyond their previous highs in the last months of 2021, according to the predictions.

Meanwhile, one of the most famous price forecast models, developed by pseudonymous Dutch analyst PlanB, predicts that Bitcoin will reach six digits over the next two months; thus far, BTC appears to be following the trajectory.

At the same time, certified technical analyst @crypto_birb broke down the order of what’s going to happen over the next cycle.

Whatsmore, the first Bitcoin futures ETF move has piqued the interest of many; a large number of investors desire access to BTC without having to do any extensive studying into the multitude of custodial alternatives. Bitcoin is not a normal financial product; it is underpinned by sophisticated technology, and its source of value serves as a vehicle for the purest speculation possible.

In contrast, while futures-based ETFs are not the first choice of most investors, the combination of cryptocurrency and ETFs have the potential to create a major impact by bringing a new class of investor to both industries.

For example, consider that the worldwide ETF sector has $9.4 trillion in assets under management, increasing at a pace of 26% per year, while the market cap of cryptocurrencies is $2.63 trillion.

As shown by the first day of trading, the U.S. market eagerly anticipated the advent of more convenient ways to purchase digital currency.

Not yet Alt season

Data acquired by Finbold, which was collected earlier this week, shows that as of October 20, 2021, the top three digital currencies by market value accounted for 68.73 % of the crypto market at the time. Surprisingly, just 0.02% of all 12,917 coins control almost 70% of the total market.

Notably, Bitcoin had the largest 47.6% share of the market cap. Ethereum ranked second with a share of 17.93%, whereas BNB took the third spot at 3.2%.

Apart from that, Shiba Inu, the decentralized meme crypto, is now accessible on the trading app Public.com, according to the firm, which announced the availability on Wednesday.

Bitcoin hit fresh all-time highs during the second day of trading for the popular ProShares Bitcoin Strategy ETF on Wednesday, helping push the cryptocurrency market capitalization over the $2.6 trillion mark.