Although Bitcoin (BTC) encountered one of the most challenging moments in 2022, data indicates that the BTC blockchain still accounted for a significant number of transactions.

Despite the depressed prices, a staggering $8.2 trillion was transferred via the Bitcoin blockchain over the past year. The figure works out to an average of $260,000 per second, data estimates by crypto analysis firm CoinMetrics indicate.

The magnitude of the transaction amid the bear market highlights Bitcoin’s possible increased adoption and its role in the general financial system. From the data, the number of transactions on the blockchain plunged significantly in the second half of the year in correlation with the asset’s price movement.

With Bitcoin undergoing a freefall for the better part of 2022, the number one digital asset by market cap underwent a relief rally in early November after getting a boost from positive macroeconomic factors. However, the rally appears to have had a minimal impact on the number of transactions.

The transaction volume can also be welcomed by Bitcoin proponents, who might view the data as a sign of the asset’s maturity to earn an integration into the mainstream financial sector. Interestingly, the extended bear market has resulted in skeptics suggesting that Bitcoin is likely to plunge to zero.

Notably, Bitcoin operated in an environment of investor skepticism, with the asset hampered by factors such as rising inflation and regulatory uncertainty.

At the same time, Bitcoin has taken a hit from the FTX crypto exchange collapse, whose effects are projected to spread into 2023. The impact of the price correction also resulted in Bitcoin millionaires plunging by over 70% in 2022, per a Finbold report.

Additionally, the price correction might extend further, considering Bitcoin is still operating in an environment of high inflation with uncertainty regarding the Federal Reserve monetary policy.

Indeed, if the market records a rally, the amount transferred on the Bitcoin blockchain will likely increase.

As things stand, the flagship cryptocurrency also controls a market capitalization of about $324.37 billion. As economic uncertainty prevails, projections indicate that Bitcoin will likely undergo an extended price correction in 2023.

In particular, the machine learning algorithm at PricePredictions indicates that the asset might trade at $15,532 on January 31, 2023. 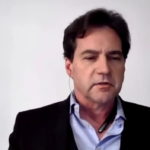