While many altcoin cryptocurrencies have seen their value plummet, Polkadot (DOT) has emerged as a leading asset that has seen a significant rise in interest.

It is worth noting that DOT is mentioned in 17% of talks connected to the top 100 ranked cryptocurrency assets by market capitalization, making the discussion rate dedicated to the token the highest it’s been in two months, according to on-chain data provided by Santiment. As per the prominent crypto data platform:

“As many altcoins have declined, Polkadot has emerged as a top asset receiving a major uptick in attention. 17% of discussions related to top 100 crypto assets are discussing DOT.”

Thanks to the highly anticipated parachain auctions for the Polkadot blockchain, the native token of the network, DOT, reached a new all-time high of $54.86 on November 4.

Moreover, crypto exchange-traded funds (ETFs) topped European exchange-traded products (ETPs) in October and in particular, SEBA Polkadot ETC (SDOT), which was introduced on the SIX Swiss Exchange in July by issuer SEBA Bank, ranked first on the Top 20 list of ETPs in October with 52.38% due to the growing demand for the digital asset.

Polkadot’s native token, which enables blockchain interoperability standards, was established in 2016 and got the top three spots in the rankings. The token’s value stands at $42.20 as of November 17, 2021, after beginning its upward journey with a value of $5.88 in November 2020.

Providing a solution to the challenge of interoperability in decentralized finance, Polkadot stands out against many other altcoins. Since users are not required to utilize a centralized cryptocurrency exchange to trade crypto, they can avoid the costs and inconveniences associated with this procedure, which is a significant factor in the rise of the DOT token.

Leading crypto trading analyst Michael van de Poppe has stated: “DOT could continue towards $75 if crucial levels hold,” and despite the market’s recent crash DOT is still trading in this zone.

Polkadot is capable of processing 1,000 transactions per second (TPS) and is predicted to be able to manage more than 1,000,000 TPS when it is fully operational. This kind of speed has never before been witnessed in the cryptocurrency space, and users will benefit from a more scalable infrastructure that allows for quicker and cheaper transaction costs.

Since Polkadot provides real-world applications and alleviates significant blockchain issues, many investors have cause to be optimistic about the long-term potential of this token. 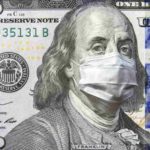 Major central banks pump $9 trillion into the economy amid pandemic