One of the most recent and significant progressions in the cryptocurrency industry to have happened so far in 2023 is the merge of Polkadot XCM version 3 (XCM v3).

Indeed, Polkadot’s creator, Gavin Wood, made the announcement on Twitter on January 17 that XCM v3 had been merged after it was in development for 15 months. XCM v3 enables bridges, cross-chain locking, exchanges, non-fungible tokens (NFTs), conditionals, context-tracking, and more.

This cross consensus message format enables parachains to ‘communicate’ without the need for bridges. There will be no more lock and wrap plays, and the interaction between parachains will be significantly safer. Besides this, many in the space are excited about what this means for NFT interoperability within the DOT ecosystem. 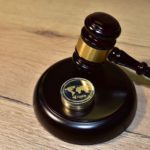 The programmability features enable XCM messages to execute more complex ideas such as expectations and branching, introspection, and safe dispatches. Meanwhile, the multichain decomposition capabilities allow for the creation of mechanisms with logic dispersed over several chains, which is crucial for Polkadot’s long-term objective of becoming a functionally minimal Relay.

Bridging Polkadot and Kusama, building rich application across shards, parachains, and across whole ecosystems, and helping oracilizing information regarding time integrality and safety are all things XCM v3 is intended to do.

At the same time, on January 17, Gavin Wood announced the XCM v3 development Electric Capital released their 4th annual developer report for 2022. Interestingly the report found that Polkadot continues to add full-time developers at a higher rate than any other blockchain at an equivalent time in history.

In fact, Polkadot still added developers in 2022 despite a slow Q4. In particular, Solana, Polkadot, Cosmos, and Polygon grew by more than tenfold to over 1,000 total developers.

As things stand, Polkadot remains unimpacted by the XCM v3 development, trading at $0.9884, down 2% on the day. 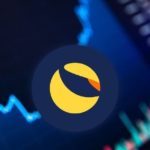