Revolut, the recognized digital banking fintech company is launching its services in the United States. This comes after several years of offering services to European customers. The information was released by the company in an official statement a few hours ago.

Revolut wants to expand its services to new countries and jurisdictions. This time, the company has made one of the most important steps since it was released, reaching U.S. customers. With the announcement, the company will be able to have access to some of the most active markets in the world.

With these new services, users in the U.S. will have the possibility to spend and transfer money in a fast and easy way. Indeed, one of the most popular services provided by Revolut is the fast and cheap money transfer services.

On the matter, the founder and CEO of the company, Nik Storonsky, commented:

“When spending or transferring money overseas, most people are unaware of the hidden fees that banks are charging them. The world is becoming more connected, and financial services should be supporting this notion, not hindering it.”

The Revolut card is expected to be delivered in the coming days. Users will already be able to open a Revolut account starting today and make the transfers and transactions they need.

Despite the current COVID-19 expansion and outbreak, Revolut is expected to grow its user base by 36% and reach 16 million users as soon as in 2021.

Finbold reported a few weeks ago that Revolut tripled its valuation to over $6 billion after receiving a $500 million fundraising. One of the companies that could have led the fundraising round was the Silicon Valley-based fund Technology Crossover Ventures.

It is expected that a number of users will be interested in using Revolut for business. Small firms and freelancers in the United States would find the services provided by this company very useful and convenient to deal with their financial needs. 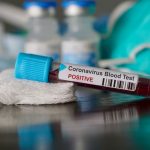