Robert Kiyosaki, the author of the personal finance book ‘Rich Dad Poor Dad,’ has revealed that he is purchasing additional Bitcoins (BTC) at the current market prices.

Notably, Kiyosaki revealed in a tweet he sent on December 31, just before the new year, that the reason he is solely bullish on BTC at the moment because he believes the Securities and Exchange Commission (SEC) would “crush” most altcoins with its strict regulations.

“I am very excited about Bitcoin. Why? Because Bitcoin is classified as a commodity much like gold, silver, and oil. Most crypto tokens are classifed as a security and SEC regulations will crush most of them. I am buying more BTC.”

According to Kiyosaki, the measures proposed by the SEC would destroy the bulk of alternative cryptocurrencies. He went on to say why he is buying more BTC heading into 2023 because Bitcoin’s strength is that it is acknowledged as a commodity in the same vein as gold and silver.

In June 2022, a bipartisan bill on cryptocurrency regulation was introduced, the primary objective of the proposed legislation was to establish regulations for the many distinct types of cryptocurrencies. The measure includes a categorization that places alternative cryptocurrencies under the purview of the SEC. The Commodity Futures Trading Commission (CFTC), on the other hand, will be in charge of monitoring Bitcoin’s status inside the commodities category.

Midway through the month of December, the SEC announced that it had classed FTT, the native token of the bankrupt cryptocurrency exchange FTX, as a security in a complaint. This development has given rise to rumors and questions about the legal status of other tokens traded on centralized exchanges, as well as the implications that this development may have for other platforms.

Longtime Bitcoin supporter Kiyosaki predicted last month that gold, silver, and BTC holders would prosper when the Federal Reserve, the Treasury, and Wall Street switched to printing trillions of dollars. He predicted that the biggest losers would be “fake money savers.”

After the dust started to settle following the FTX collapse, Kiyosaki predicted that Bitcoin’s price might drop to $10,000. He further said that he plans to take advantage of the possible reduction in Bitcoin’s value to between $10,000 and $12,000 as a result of the selloff in order to increase his holdings. 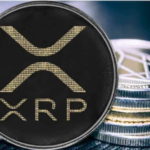