Robert Kiyosaki, the author of the personal finance book ‘Rich Dad Poor Dad,’ has shared insights into the market in 2023 at a time when the global economy is still battling threats of increased interest rates and high levels of inflation.

Indeed, Kiyosaki highlighted that investors should focus on accumulating precious metals, noting that assets like gold are likely to rally in the coming months, during an episode of The Rich Dad radio show on January 18.

With gold hitting highs of almost $2,000 in recent weeks, Kiyosaki projected that the yellow metal’s next price target would be $5,000 while warning that the stock market is likely to crash further.

“I think the next stop is $5,000 for gold. And it may take another five years.<..> If you don’t have gold and physical, gold and silver, you should have some now,” Kiyosaki said.

Notably, Kiyosaki warned against focusing on investing in paper money, a factor he said has been worsened by increased printing. He noted that printing money has a fallout effect as it will affect elements such as pension plans. Overall, Kiyosaki cautioned that investors should expect the largest pension crash.

“If you knew how close we are, instead of a Lehman Brothers moment, we’re going to have a pension moment, which started in 1974. All this pension stuff started to happen,” he added.

Furthermore, the author pointed out that investors should take hints about the potential of precious metals by observing the continued accumulation of gold by most Asian countries.

During the session, Kiyosaki was also joined by Jay Martin, CEO, and President of Cambridge House International, who warned that most investors are being ‘caught flat-footed’ over precious metals exposure.

“The bulk of the last 12 years has been a bearish market for precious metals. I think a lot of individuals are realizing they might be getting caught a bit flat-footed by having zero exposure to historic money,’ Martin said.

Finally, it is worth noting that Kiyosaki has previously warned of a possible economic crash while blaming the Federal Reserve for worsening the inflation crisis. In this line, he has advocated for investment in precious metals alongside cryptocurrencies such as Bitcoin (BTC).

As reported by Finbold, Kiyosaki recently pointed out that he was excited about Bitcoin, suggesting that the maiden crypto is likely to survive when the Securities Exchange Commission (SEC) moves to crash altcoins. 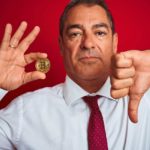