Ripple (XRP) has lately been in the headlines as a result of its continuing dispute with the Securities and Exchange Commission (SEC), the former has just filed an opposition to the DPP ruling, arguing that the SEC is merely seeking a “do-over.”

Meanwhile, the West has escalated its targeted sanctions against Russia, intending to prevent Russian banks from accessing the Society for Worldwide Interbank Financial Telecommunication (SWIFT), the communications network that underpins global financial transactions.

The latest round of sanctions, announced by the United States, EU, UK, and Canada, against Russia meant that the nation would be expelled from SWIFT, which will “paralyze” the assets of Russia’s central bank.

With many expecting more Russians to turn to crypto in the aftermath of the Ruble-Bitcoin (RUB/BTC) volume hitting a 9-month high, Ripple’s CEO Brad Garlinghouse discussed the reality of XRP, crypto, and blockchain’s involvement in evading international sanctions. 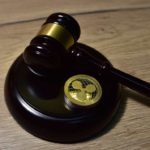 “To clear any confusion – RippleNet (while being able to do much more than just messaging a la SWIFT) abides by international law & OFAC sanctions. Period, full stop.”

Therefore, Ripple is keeping its unambiguous stand on the side of the law, both in relation to the SEC lawsuit and in regards to the current sanctions against Russia.

Elsewhere, in the latest update defense attorney James K. Filan informed XRP community members via Twitter on February 28 that Ripple’s CEO had also filed a response to the SEC’s opposition for the disclosure of notes between the SEC Commissioner Roisman and the Ripple CEO himself.

“Brad Garlinghouse files response to the SEC’s opposition to Mr. Garlinghouse’s motion seeking the disclosure of notes of the November 9, 2018 meeting between former SEC Commissioner Roisman and Mr. Garlinghouse (the “Estabrook Notes”).”

Notably, this is not the first opposition filed by the firm, the defense attorney stated on February 25 that the SEC wants to force the company to give over notes made by Matthew Estabrook, counsel to former SEC Commissioner Elad Roisman; however, Filan observes that the SEC is merely seeking a “do-over.”

“Ripple and the Individual Defendants have filed their Opposition to the SEC’s Motion for Partial Reconsideration and Clarification of Judge Netburn’s DPP Ruling, noting that the SEC is simply seeking a “do-over,” he wrote.

Ripple’s top lawyer slams SEC for ‘offensive’ use of memos

According to the General Counsel (GC) at Ripple, Stuart Alderoty, the 2012 Perkins Coie memorandum to the company’s founders demonstrates the company’s good faith in attempting to issue digital tokens in the absence of clear guidelines on how existing governmental legislation would apply to cryptocurrencies.

With the release of the initial filing from February 2012 and the second memo, there was “a compelling argument” that the planned tokens would not be subject to federal securities laws; the company was outlining how it obtained its guidance, and it had won one battle in the court of public opinion by doing so.

Ripple Labs Inc. sought assistance not just on securities regulations, but also on a wide range of banking, anti-money laundering, and tax laws as well as other matters.

“The fact that you would have a government agency trying to take these memos and use them as a sword, or as a bludgeon, rather than applauding a company that was doing the right thing, as general counsel of the company, but also just a lawyer who’s been practicing for 35 years, I find that incredibly offensive,” the Ripple GC said.

Ultimately, Ripple’s General Counsel believes that the SEC should have looked into the Perkins Coie memos and utilized Ripple as an example of proactive compliance rather than reacting to the situation. 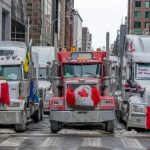