Although there is no set date ruling for the high-profile case between blockchain firm Ripple and the Securities Exchange Commission (SEC), the matter is witnessing increasing attention from interested parties.

In particular, defense lawyer James Filan has revealed that the Investment Banker Declarant, a non-party in the matter, filed a motion seeking to redact a previous declaration supporting the SEC’s prayer for summary judgment. Notably, Investment Banker Declarant had earlier sought to join the case seeking to facilitate the SEC’s investigation of Ripple.

It is worth noting that a redact motion seeks to remove specific information from the case before its made public. In most cases, the motion is filed to protect sensitive or confidential information or to comply with legal requirements.

Previously, the court had also granted a motion for crypto investment firm Paradigm to join the case.

Interestingly, the latest development comes even as the SEC filed another motion aiming to seal specific documents resulting in an uproar from the cryptocurrency community. Initially, the presiding judge overruled another motion by SEC seeking to bar the release of Hinman emails. In this case, the documents by the former official entail a speech where Hinman referred to Ethereum (ETH) as a security.

In the meantime, there is speculation regarding the possible case outcome, although a section of the industry has cited that the ruling might favor Ripple. However, according to United States attorney Jeremy Hogan, both Ripple and SEC have an equal chance of winning.

At the same time, a recent Twitter poll by pro-XRP lawyer John Deaton revealed that most community members favor settling the matter. Interestingly, the lawyer stressed that the SEC’s possibility of going for a settlement is low.

Furthermore, with both parties making final submissions, the crypto community is speculating on the possible judgment date. For instance, Filan noted that if there is no settlement, the matter might be settled on or before March.

Indeed, the regulator is suing Ripple and its executives for selling unregistered securities in the form of XRP tokens raising over $1.3 billion. Notably, the case has dragged on entering its third year, with the XRP community awaiting the final ruling.

It is worth noting that XRP’s recent rallies have been inspired by positive development from the ongoing case. Currently, the ability to reclaim $0.35 comes as the general crypto market witnesses a minor bull run.

Overall, the case outcome will likely impact the value of XRP and the crypto market in general. For instance, a ruling in favor of Ripple might be bullish for XRP and vice versa. 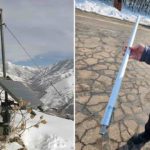