Russian authorities have resorted to working on regulatory clarity that will affect the country’s crypto mining space, spelling out conditions operators must adhere to.

Indeed, the Bank of Russia, alongside the Ministry of Finance, are collaborating on drafting a law that will guide crypto mining with the main focus on areas where the activity should be allowed, Russian outlet RBC reported on September 29.

According to the country’s Deputy Finance Minister Alexei Moiseev, if the law which is set to be presented before the State Duma is adopted, it will come into effect during the autumn session.

Specifics of the law indicate that mining should be allowed only in energy-rich regions while prohibiting the activity in regions with a scarcity of electricity. The law is a follow-up to a proposal by the Ministry of Economic Development that favored permitting crypto mining in areas with a stable power supply.

Notably, mining will likely be allowed in areas with hydroelectric and nuclear power plants considering they have been populated with mining farms. Some of these regions include Irkutsk and Krasnoyarsk Territory, Tver, Saratov, Smolensk, and Leningrad, where there is cheap electricity.

Other regions where mining is likely to be outlawed include Moscow, the Moscow Region, the Belgorod Region, and the Krasnodar Territory based on their history of energy deficiency.

It is worth pointing out that mining has become an ideal source of income as more Russians grapple with rising unemployment cases.

The draft law on mining partly contributes to Russia’s clarification on its crypto stand, with different government agencies having opposing ideas on the best way to approach the sector. In this line, President Vladimir Putin had previously challenged the government and Central Bank to agree on cryptocurrencies.

Initially, the Bank of Russia favored the total ban of cryptocurrencies, including mining. However, authorities appear to have softened their stand in the wake of increased international sanctions after the infamous invasion of Ukraine. 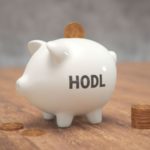