Increased risk of additional sanctions from Western countries due to Russia’s ongoing invasion of Ukraine has seen Russian stocks plunging on September 26. Notably, the Russian MOEX index fell below 2,000 points for the first time since late February.

High volatility seemed to be a hallmark of Russian stocks in the last week as president Putin proclaimed a partial mobilization of troops, further escalating the conflict in Ukraine. On the other hand, diplomats in the EU looked to cap oil prices, which have since fallen due to demand destruction caused by high inflation and a growth scare.

Notable market analysts, like Christophe Barraud, Bloomberg’s top forecaster, took to Twitter to share the pain seen in the Russian MOEX, which shed 10% during the early trading hours of Monday, September 26.

In a turn of events, the Russian ruble came out on top of a volatile session that has seen other currencies record losses. Apparently, the month-end tax period pushes Russian exporters to convert their foreign currency earnings into ruble, which is one of the reasons for the slight recovery in Russia’s currency, according to Alor Broker.

“Dollars are being dumped due to fears of new sanctions being introduced, which will make trading in the U.S. currency in Russia, if not impossible, then very difficult and expensive.”

Furthermore, on September 20, Twitter was flooded with news reports of the Russian stock market halting trading on all assets.

With the current mobilization news, and more reports surfacing that parts of the mobilization process is performed violently, more downside could be expected in the Russian stock market. Whether this is transitory or a more permanent occurrence will be evident in the following months. 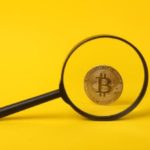