With the blockchain and cryptocurrency industry expanding at a high rate, major names in technology are taking an interest, including South Korean electronics giant Samsung, which has recently announced the launch of a Bitcoin (BTC) exchange-traded fund (ETF) in Hong Kong.

Specifically, Samsung said that the listing of the ‘Samsung Bitcoin Futures Active ETF’ on the Hong Kong stock market would take place on January 13, according to the report by the Korean media outlet Fortune Korea published on January 12.

The listing will be carried out by the company’s investment branch Samsung Asset Management and follows the launch of two other ETFs by the electronics company – ‘Samsung Blockchain Technology ETF’ and ‘Samsung Asia Pacific Metabus ETF,’ which were listed earlier last year.

The newly-listed ETF will keep track of the spot price of Bitcoin by investing in Bitcoin futures products listed on the Chicago Mercantile Exchange (CME), with a special focus on the CME Bitcoin Futures and CME Micro-Bitcoin Futures.

Commenting on the development, Park Seong-jin, the head of Samsung Asset Management Hong Kong, said that:

“The Samsung Bitcoin ETF is a competitive product that reflects the know-how and risk management experience of Samsung’s long-term operation of the futures-based ETFs, which will represent a new option for investors interested in Bitcoin.”

Meanwhile, Samsung is well-known for its interest in Web3 technologies. As early as 2019, the electronics giant featured a crypto wallet app inside its flagship smartphone Samsung Galaxy S10, facilitating the secure storage of private keys and crypto holdings management through hardware-based mechanisms.

In October 2022, it announced a “private blockchain” security system for its smart devices called Knox Matrix, which aims to enhance the safety of a multiple-device environment by having each smart device monitor the activity of others and share access data, improving the logging-in process.

What’s more, earlier in June, Finbold reported on the South Korean company beginning the production of the efficient and energy-saving 3nm chips, which are compatible with specific integrated circuits (ASICs) machines known to be effective for mining Bitcoin (BTC), its first customer being a Chinese ASIC manufacturer PanSemi. 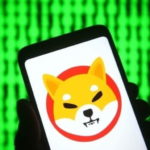