Kevin O’Leary, star of the television show “Shark Tank,” and former advocate of the now-collapsed FTX cryptocurrency exchange, has delved into the possible reasons that pushed the trading platform out of business.

O’Leary, through his hypothesis, alleged that FTX was put out of business by its rival Binance in what he termed as an intentional move while claiming that the two platforms were involved in a tussle before the matter exploded, he said (min 46:50) while testifying before the Senate Banking Committee on December 14.

The venture capitalist added that he believed FTX and Binance were “at war with each other.” At the same time, O’Leary suggested that Binance is an unregulated global monopoly while blaming CEO Changpeng Zhao for orchestrating the FTX collapse.

“I have an opinion. I don’t have the records. These two behemoths that own the unregulated market together and released incredible businesses in terms of growth, were at war with each other. And the one put the other one out of business, intentionally. <..> Maybe there’s nothing wrong with love and war, but Binance is a massive unregulated global monopoly. Now they put FTX out of business,” he said.

The TV personality also claimed that Zhao sabotaged FTX, intending to buy out the exchange.

It is worth noting that FTX was hit with a liquidity crunch after Zhao announced through Twitter that the exchange was planning to sell all of its FTT holdings.

Notably, Zhao also revealed that Binance intended to purchase FTX but backed out after allegations of fraud against founder Sam Bankman-Fried emerged.

In his written testimony, O’Leary added that the collapse of FTX ‘is nothing new’ while stressing that the incident should not push the market to abandon the potential of crypto.

“We need to get to the bottom of what happened at FTX, but we can’t let its collapse cause us to abandon the great promise and potential of crypto,” O’Leary said.

O’Leary noted there is a need for regulations to avoid a repeat of the FTX saga for the rest of the market.

As reported by Finbold, O’Leary revealed his involvement with FTX, stating that he also lost money in the crisis. However, he was previously paid $15 million to advocate for the now-bankrupt cryptocurrency exchange.

Notably, United States lawmakers are investigating FTX collapse even as Bankman-Fried is in custody facing eight charges such as wire fraud and money laundering. 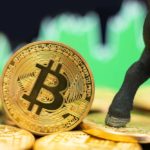 Bitcoin bulls have momentum on their side as BTC reclaims $18k