As the cryptocurrency market’s flagship digital asset- Bitcoin (BTC) – finally breaks above the $19,000 mark, its social dominance is recording increases as well, becoming the topic of over one-fourth of all discussions related to crypto’s top 100 assets.

Indeed, the interest in Bitcoin on social media platforms over the weekend of September 24-25 has recorded a significant spike, soaring to the highest level in two months as interest returns to the maiden digital asset, on-chain and social metrics platform Santiment said in a tweet on September 26.

According to the chart posted by the platform, Bitcoin reached a social dominance level of 26.27% on September 25 – the level last measured in mid-July 2022.

In other words, “among crypto’s top 100 assets, BTC is the topic in 26% of discussions for the first time since mid-July,” as the platform stated, adding that:

“Our backtesting shows 20%+ dedicated to Bitcoin is a positive for the sector.”

Moreover, the chart also points out that “BTC Weighted Social Sentiment Shows an Extreme Level of FUD, Which Typically Leads to Rises.”

The platform was referring to the commonly used piece of technical jargon in the crypto industry, which stands for ‘fear, uncertainty, doubt’ – usually referring to the market participants’ pessimism in terms of an asset’s near future.

At the same time, Google search interest in selling Bitcoin has plunged to a yearly low, whereas Ethereum (ETH) and XRP recorded minor gains during the same period, as Finbold reported.

On top of that, the growth of Bitcoin ATMs installed around the world has stalled for the first time in history, as the number of installations of the machines where users can make deposits and withdrawals of their crypto hasn’t made any significant progress in two months.

Meanwhile, Bitcoin is at press time recording slight increases both on the day and across the week, rising 0.01% in the previous 24 hours, as well as 1.79% over the previous seven days, and currently standing at $19,082.

The market capitalization of the largest cryptocurrency by this indicator currently sits at $366.42 billion, as per data retrieved from CoinMarketCap. 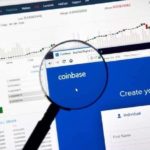