A South Korean court has approved the prosecution’s request to seize assets belonging to Terraform Labs co-founder Shin Hyun-Seong over his role in the collapse of the Terra (LUNA) ecosystem.

Notably, the decision by the court comes as a pre-trial precaution to deter possible disposal of the proceeds before the accused is handed over for trial.

The prosecution’s request is part of an ongoing investigation against Hyun-Seong for allegedly making profits illegally while launching the Terra ecosystem-related assets. At the same time, the accused reportedly leaked customer transaction data of his other firm Chai Corporation to Terraform Labs.

Although regulators are accusing the platform’s founder, Do Kwon, of violating the country’s capital market laws, a recent report indicated that the government was struggling to form a concrete case against Terraform Labs.

At the center of the issue is the lack of laws specifically targeting the cryptocurrency sector at a time Kwon remains on the run despite an existing Interpol red notice issued against him.

Besides denying being on the run, Kwon also maintains his innocence over allegations of engineering the collapse of the Terra ecosystem. In the meantime, Kwon also has an existing arrest warrant against him.

According to the prosecution, it’s making its best efforts to prove Kwon is guilty while noting that the lack of clear crypto regulations does not rule out the investigation’s progress.

The prosecution’s initiative to prosecute the case was dealt a blow after the court turned down a request to detain individuals linked to the Terraform Labs ecosystem. 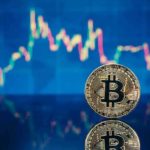