South Korean authorities are struggling to form a solid case against Do Kwon, the founder of the collapsed Terra (LUNA) ecosystem.

Due to a lack of clear crypto regulations rules, there is a dispute on whether tokens linked to the Terra ecosystem should be regulated like other traditional asset classes such as stocks and bonds, Bloomberg reported on October 26.

The prosecution’s case has recently been dealt a blow after the court turned down a request by the prosecutor’s office to detain a person linked to Terraform Labs ecosystem. According to the judge, it is still contentious if the individual violated the South Korean Capital Markets Act as fronted by the prosecutors.

It is worth noting that Kwon, who has an existing arrest warrant against him, is accused of violating the country’s Capital Markets Act. He has since denied any wrongdoing.

Interestingly, the prosecution has appeared to cite the difficulties in the cases by stating it’s making the ‘best efforts to prove the matter. However, the authorities maintain that the lack of clear regulations does not suggest an end to the investigations.

At the same time, it’s worth noting that Kwon is facing additional charges yet to be disclosed by the prosecution. About 280,000 people who made losses following the crash also called for redress. This comes after the victims’ lawyer filed a lawsuit alleging that Kwon had engaged in fraud and illegal fundraising.

Notably, the questions about the South Korean prosecution of the Terra case is a global trend, with many countries debating whether crypto should be treated similarly to traditional securities or commodities.

“The move to regulate cryptocurrencies through securities-related laws is a worldwide trend and South Korea is set to follow that path,” said Kang Seong-hoo, the head of the Korea Digital Asset Service Provider Association.

Kwon on the run

With the prosecution facing challenges in deciding the right course to approach the case, Kwon’s whereabouts remain unknown. Interpol has already intervened in the matter, issuing a red notice against Kwon, who insists he is not a fugitive. 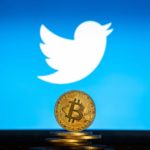