Bernard, who requested to be known only by his English first name due to the legal gray area surrounding crypto trading in China, carried out a quick search for the coin on Google to determine whether it was genuine or not.

However, before reading all the stories around the cryptocurrency, many of which warned about the project’s legitimacy, Bernard made the decision to deposit his whole life savings of $28,000 into SQUID.

“My rush to buy this token is for a single idea that went into my brain that ”Squid Game” is very, very popular now, and its token must be popular now <..> In this trading space, everyone will rush, and sometimes you feel FOMO.”

Bernard claims he has contacted the FBI and the Securities and Exchange Commission over his lost investment. Despite Bernard’s efforts to get in touch with U.S. authorities, it seems his options are limited since he is unable to take any more action since he cannot file a police complaint in his own jurisdiction.

In addition, Bernard has tried to get in touch with the people behind the token as well as the Binance-owned CoinMarketCap, which listed the currency on its website, both of which “did not take responsibility” for his loss.

Notably, although investors could purchase the crypto, they were unable to sell it. However, a substantial number of people did not get the warning in time. The SQUID coin achieved a high of $2,861 on November 1 before plummeting to zero at about 5:40 a.m. ET, according to CoinMarketCap.com statistics.

At least $3.4 million in investor cash seem to have been amassed by the tokens anonymous founders, according to BscScan transaction records.

Firstly, questions arose about the developer’s viability since the domain name was purchased just five days before evaluating the project’s most basic audit. However, the fact that the Squid Game project had passed a Coinscope audit did not imply that it has been adequately audited.

In particular, a professional token audit comprises a comprehensive analysis of the code by professionals to discover probable flaws in a smart contract, on top of an extensive exercise undertaken by an unbiased team of testers to find vulnerabilities and system exploits. As a result, the audit was severely inadequate since it did not assess expertise-level auditing.

The website, which was hosted at SquidGame.cash, has disappeared, as have the fraudsters’ other social media accounts. You may, however, see an archived version of the website by going to the website through the web archive here. 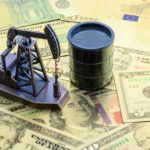