Global stock markets are ending the week mixed as the past five days of volatile trading draws to a close.

Recovery has been observed in some sectors, however economic revival is still a long way away as many businesses still remain shuttered under lockdown.

US markets rally on bank stock

US markets rallied towards the end of the week as another three million Americans filed for unemployment benefits.

The S&P 500 climbed 1.15% while the Dow Jones Industrial Average finished 1.62% higher. The Nasdaq dropped just under a percent. Thursday started to look bearish but a late rally lifted most stock markets to finish higher on the day.

US banking stocks were among the better performers with JP Morgan gaining over 4%, Wells Fargo jumping 6.8%, and American Express finishing up 7.4% as Dow’s top stock.

Trading in Asia has been mixed Friday morning with shares in Tokyo, Hong Kong, and Seoul, slipping according to Bloomberg. The report added that industrial production in China started to show signs of improvement last month, but retail sales figures were disappointing as people continue to feel the pinch.

In Europe, stock markets fell on Thursday as investor confidence over a quick economic recovery was eroded. Negative economic sentiment from the US Federal Reserve chair resulted in a slide for European markets, though bourses in the US fared much better.

According to reports, one of the factors driving the continued selloff was a warning from World Health Organization official Mike Ryan that coronavirus may be a permanent fixture.

Gold prices are set to end the week on a high as they touched $1,734/oz according to the charts. Prices have gained 2.3% this week as precious yellow metal traded in inverse correlation to European stock markets.

Gold has been bullish so far this year as it acts as a safe haven against economic turmoil. This month, prices have gained 2.7% to current levels.

Silver has also had a bullish week, topping $16/oz for the first time since mid-April. Silver has actually outperformed gold this week with a gain of 4%.

Oil prices have also slowly inched higher this week, with the US benchmark WTI (West Texas Intermediary) gaining 10% to reach $27.65. Brent Crude has also made solid gains since Monday with 6% added to reach $31.39. 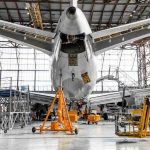