U.S. stock markets are poised to round out the week on high following big revenue reports from the major tech giants. The greenback meanwhile continues to slide as economic uncertainty pervades.

Stock markets in the United States are likely to get a boost this Friday as the country’s major tech corporations posted positive earnings reports for the past quarter. The Nasdaq jumped more than 100 points or 1%, and stock futures rose on Thursday in anticipation of larger gains to end the week. Dow Jones Industrial Average futures gained 167 points, and S&P 500 futures climbed a similar 0.5%.

Amazon was one of the largest earners with the ecommerce juggernaut posting net income of $5.2 billion, double the same period last year, and net sales that grew 40% for the quarter. Facebook’s revenue grew by 11% as users flocked to the platform in times of crisis, and Apple brought in revenue of $59.7 billion which topped estimates by $7 billion.

Google’s Alphabet bet earnings estimates but posted its first decline in revenue in company history as companies tightened their advertising budgets, according to CNBC. Tech stocks continued to keep markets buoyed up despite the global economic decline. U.S. economic activity, however, recorded its worst quarterly drop on record for the quarter with a GDP slump of 32.9%.

Major indices across Asia were mixed on Friday following the economic contraction in the West. In China, stocks were slightly higher in early trading, with the Shanghai composite up about a percent while the Shenzhen component gained 1.45%. Japan’s Nikkei 225 fell 1.32% in morning trade, the South Korean Topix index shed 1.38%, and the stock market in Australia declined 1.42%.

In the world of forex, gloomy economic data and the possibility of a delayed November presidential election in the U.S. has further weakened the greenback against a basket of major global currencies. Senior market analyst at Washington based Western Union Business Solutions, Joe Manimbo, commented;

“Any form of U.S. uncertainty, whether economics or politics, is an excuse to hit the sell button for the U.S. dollar,”

Cable gained 0.43% to $1.130, its highest level since March, and analysts are predicting a further strengthening for GBP. The Euro pair also set a new 22 month high of $1.180, before pulling back slightly, and the Yen has strengthened to 104.24, its highest level for over four months. 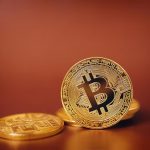