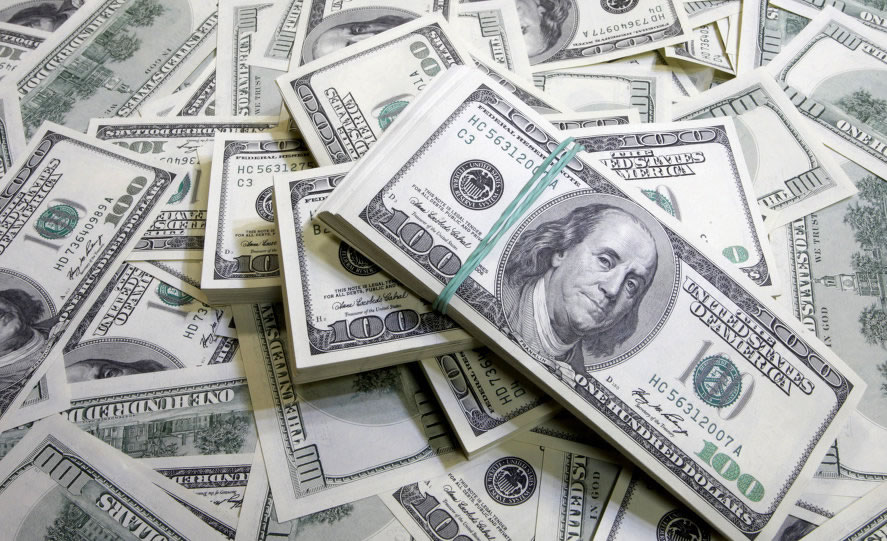 Stock markets in the US have been on the back foot all week, sliding further on coronavirus concerns as the weekend nears. The US dollar, meanwhile, has continued to strengthen as it acts as a safe haven reserve currency.

US stocks have taken a bit of a beating this week as the major indexes are poised to start Friday lower than they were on Monday. A sharp selloff on Thursday dropped the S&P 500 back to 3121 points from a weekly high touching 3170.

Stock futures rose slightly with the Dow Jones Industrial Average futures adding 81 points or 0.3%. Nasdaq-100 and S&P 500 futures traded higher by 0.2% and 0.3% respectively as recovery from the week’s downtrend was slow.

Tech stocks such as Apple, Microsoft, and Netflix were responsible for these minor gains according to CNBC, however, three out of four stocks in the S&P declined. The biggest losers were oil companies, airlines, and other stocks that are most heavily affected by reopening.

Overall, the Dow has dropped more than 300 points, wiping out its week-to-date gains, while the S&P 500 has fallen 41 points since its open on Monday.

“High levels of initial jobless claims and evidence that small businesses are closing are sobering reminders of the economic challenges that lie ahead.”

Economists have warned the rise in global stock markets might be too big and too fast to be supported by uncertain economic conditions.

The greenback has continued to strengthen against a basket of global currencies as the safe haven narrative returns. As stocks decline again this week the USD has remained buoyant, with Cable being the exception in the world of forex.

Sterling inched higher this week following a mini-budget unveiling a raft of stimulus measures to aid the flailing UK economy. The £30 billion package lifted the pair to a weekly high of $1.266 before the greenback regained strength pushing the pair back to $1.258.

Forex traders have been eyeing the performance of USD as it has moved inversely to stock markets this week. There have also been reports that China has been increasing its foreign reserves and building up their stash of bucks.