The value of Terra Classic (LUNC), the original chain of the collapsed Terra (LUNA) ecosystem, has taken a hit in the wake of new legal developments around the platform’s parent company Terraform Labs.

In particular, by press time, the value of LUNC was $0.000163, recording daily losses of over 2%. Notably, the losses appear to invalidate the recent efforts by LUNC to regain its lost glory while attempting to capitalize on the general market rally.

The price slump comes after the case facing Terraform Labs that was pending before the New York Southern District Court was dismissed.

In the case, the petitioner, Albright Capital, applied to voluntarily end the lawsuit proceedings against Terraform Labs and its founder Do Kwon, who remains in hiding.

In a statement shared with Finbold, a Terraform Labs spokesperson termed the decision as a victory for the company, maintaining that there was no wrongdoing.

Interestingly, the spokesperson noted that a lack of conviction had demonstrated the company’s innocence in the matter.

“From the moment the Terra ecosystem was attacked and UST depegged, TFL has been adamant that neither the company nor its principles committed any wrongdoing. Since then, South Korean prosecutors had nine of their nine detention warrants rejected by the courts, the LFG report was released and demonstrated the above-and-beyond efforts by LFG and TFL to defend the UST peg, an explanation emerged for the attack itself, and now this case has been voluntarily dismissed,” the spokesperson said.

Indeed, the case dismissal has resulted in varied opinions, with some crypto players noting the matter has not received the much-needed attention.

Following the crash of the Terra ecosystem, the community has been focusing on various initiatives to give related tokens like LUNC more utility. In this line, after the initial short squeeze campaigns, developers on the platforms have accelerated the burning of excess LUNC tokens.

At the same time, the community has continued to receive support from prominent entities like crypto exchange Binance. However, it’s worth noting that Binance recently resolved to delay sending LUNC trading fee burn contributions until March 2023.

In the meantime, the community has voted on a proposal seeking to reverse a decision to transfer 50% of all LUNC burns to a community development pool.

Elsewhere, Terra Classic’s technical analysis is dominated by neutrality. A summary of one-day gauges on TradingView aligns with the ‘neutral’ sentiment at 9. Moving averages are for the ‘buy’ gauge at 8, while oscillators are for ‘neutral’ at 8.

Additionally, despite LUNC’s attempts for recovery, the asset is still plagued by various bearish sentiments. For instance, as Kwon remains in hiding, any new developments around his capture have been mostly bearish for the token. 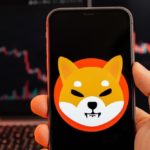