Terra Classic’s (LUNC) price has been on an extended correction after weeks of consistent rallying despite the existing bear market. Although LUNC, the original chain of the collapsed Terra (LUNA) ecosystem, still faces questions about its overall utility, the token’s community believes it’s likely to make a rebound in the coming weeks.

In particular, the CoinMarketCap crypto community predicts that LUNC will potentially trade at an average price of $0.0003596 by the end of November 2022, representing a growth of 53% from the token’s value at the time of publishing, according to data obtained by Finbold on November 7.

The projection by the community is based on votes by 1,808 members using the price estimate feature.

Despite the positive sentiments from the community, LUNC has performed poorly even with the recent relief market rally led by assets like Bitcoin (BTC). Interestingly, the token appeared to stabilize on November 5 before resuming the free fall, translating to the asset’s price instability.

Overall, LUNC has failed to gather momentum in recent weeks, with a Finbold report on October 25 indicating that the asset lost over $100 million in a week, losing its bear market charm.

It can also be assumed that the initial initiatives by the community, like pushing for a short-squeeze, have either been abandoned or is no longer having an impact. The approach was viewed as a move by the LUNC community to emulate meme coins like Dogecoin (DOGE) and Shiba Inu (SHIB).

Elsewhere, the LUNC technical analysis remains positive, with a summary of the token’s daily time frame pointing to ‘buy’ at nine, likewise with moving averages at seven pointing to the same. Elsewhere, the majority of oscillators are neutral, with eight.

Furthermore, the prospects of LUNC largely depend on the development around the fraud case facing Terra founder Do Kwon. In previous weeks, the token has appeared to plunge in value, especially with prosecutors reportedly unearthing evidence linking Kwon to the collapse.

For instance, recent reports claimed that South Korean prosecutors obtained evidence suggesting that Kwon had once ordered an employee to manipulate the price of LUNC.

Amid the ongoing price drop, the LUNC community has been implementing network changes to give the asset more utility. For instance, the community recently passed Proposal 5234. The proposal seeks to reduce LUNC’s burning tax from 1.2% to 0.2%. 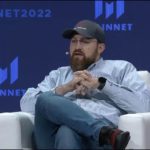