Do Kwon, the founder of the troubled Terraform Labs platform behind the collapsed Terra (LUNA) ecosystem, has denied allegations that he is on the run after a South Korean court issued a warrant of arrest against him.

Kwon has alleged that he is ready to cooperate with any state agency interested in talking to him while maintaining that he has nothing to hide, he said in a tweet on September 18.

“I am not “on the run” or anything similar – for any government agency that has shown interest to communicate, we are in full cooperation and we don’t have anything to hide,” he said.

Kwon expressed adamance in revealing his whereabouts but stated that he was in the process of working on defending himself in different jurisdictions.

“We are in the process of defending ourselves in multiple jurisdictions – we have held ourselves to an extremely high bar of integrity, and look forward to clarifying the truth over the next few months,” he added.

With the lingering arrest warrant, Kwon blasted entities interested in knowing his location while insinuating it was an invasion of privacy.

Warrant of arrest against Kwon

This comes after a court in Seoul issued a warrant for Do Kwon and five additional persons, citing violations of the country’s Capital Markets Act. South Korea’s Financial Crimes Unit of the Supreme Prosecutors Office had indicated that the six individuals were in Singapore.

Reports of Kwon being on the run emerged after authorities in Singapore said he was not in the state. Previously, investigators from Singapore had assured their Korean counterparts of full cooperation in handling the Kwon issue.

The arrest warrant is in line with allegations of fraud facing Kwon after the $45 billion crash of the Terraform Labs ecosystem. Consequently, South Korean authorities had earlier issued a “notice upon arrival” for Do Kwon and travel restrictions for Terraform Labs co-founder Daniel Shin.

All along, it has been assumed that Kwon was residing in Singapore after he issued his first public interview after the collapse while living in the region. In the interview, Kwon denied any allegations of fraud in the collapse.

Amid piling legal woes, Kwon reportedly sought the services of a South Korean law firm to help him prepare for the prosecution’s investigation. 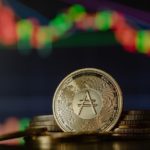