Tesla (NASDAQ: TSLA) produced over 365,000 vehicles in Q3 2022, according to the electric vehicle (EV) maker. Additionally, the firm claims it delivered a record number of over 343,000 vehicles, indicating that its delivery numbers are historically skewed towards the end of each quarter.

Moreover, according to Bloomberg consensus, analysts estimate that Tesla would deliver 357,938 when they actually delivered 343,830 vehicles. Despite this miss, deliveries grew 35% from Q2 and are up 42.5% year-on-year (YoY).

Furthermore, Q3 saw the EV producer shift to a regional mix of vehicle builds each week, increasing car transit. Model S/X deliveries were 18,672, and Model 3/Y had 325,158 deliveries in Q3. On Wednesday, October 19, 2022, Tesla is expected to release its earnings results for Q3 2022.

Despite the short-term retracement, Wall Street analysts rate Tesla stock a ‘moderate buy,’ with the average price in the next 12 months reaching $311.19, 17.32% higher than the current trading price of $265.25. Notably, out of 29 Wall Street analysts, 18 have a ‘buy’ rating, six have a ‘hold’ rating, and five have a ‘sell’ rating.

Interestingly, strong delivery numbers have historically been a boon for TSLA shares. In 8 out of the last 11 quarters where the firm beat estimates, the stock outperformed the entire market from the moment deliveries were announced, and the firm posted its earnings.

While concerns remain around inflation and rising interest rates, TSLA shareholders could take solace in the fact that the company is producing and delivering cars at a record pace. 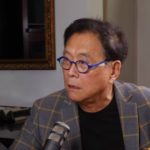