After Bitcoin (BTC) miners in Texas heeded the state’s grid operator’s pleas to consumers to reduce power usage during peak demand due to record-breaking temperatures, one of the largest cryptocurrency mining companies actually made money by participating.

Indeed, Riot Blockchain Inc. stated that it profited around $9.5 million by suspending operations in its facility in Rockdale, east of Austin during the heatwave, which is more than what the company earned by selling Bitcoin, local news outlet MySanAntonio reported on August 4.

In mid-July, “nearly all industrial scale Bitcoin mining” firms in Texas had shut down their rigs as of July 11, reaping the rewards from the Electric Reliability Council of Texas (ERCOT) which opted to pay high electricity users like cryptocurrency miners to minimize energy usage during periods of high demand.

According to Riot’s report, the move allowed the facility, which uses 750 megawatts of power, to give back 11,717-megawatt hours to the power grid managed by the ERCOT in July, “enough to power 13,121 average homes for one month,” Riot’s CEO Jason Les said.

Detailing the benefits of the facility’s shutdown for the company, Les explained that:

“By providing power back into the ERCOT grid during periods of peak demand, the Company estimates that power credits and other benefits from curtailment activities totaled an estimated $9.5 million, significantly outweighing the reduction in BTC mined.”

As Finbold reported, the large-scale Bitcoin miners in Texas resumed their normal operations in late July, “with over 3,000 megawatts (MW) of spare capacity on the grid,” according to Lee Bratcher, president of the Texas Blockchain Council.

Meanwhile, Riot Blockchain is facing local pushback from the residents of the town of Corsicana in Navarro County, Texas, where the operator is building the world’s largest crypto mining facility.

As it happens, the residents are concerned over the increase in water and electricity bills, as well as the water used for cooling down the equipment during periods of drought in the county.

Notably, a few days earlier, a Bitcoin mine in Limestone, Tennessee, belonging to the mining operator Red Dog, was forced to shut down and relocate after the county’s commissioners approved the lawsuit settlement following the locals’ complaints about the noise. 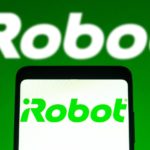