Hedge fund manager Michael Burry who successfully predicted the 2008 housing market bubble, has warned that the ongoing stocks and crypto market correction could escalate further at a point when investors are looking for a bottoming.

Through his Twitter account on June 30, the founder of Scion Asset Management cited that the massive correction in the S&P 500, Nasdaq, and Bitcoin prices represents multiple compressions.

He pointed out that earning compressions might be next, and the market should expect more pain if the projection is realised.

In recent months, Burry has increasingly warned of a possible market collapse while noting that the stock valuations had stretched to unsustainable levels.

On earnings compressions, the hedge fund manager has previously warned that there might be a negative impact as Americans react to the soaring inflation. Burry noted that more Americans are saving less while building up credit card debt in the current environment, and any savings will likely be exhausted by Christmas.

Despite expecting more market pains, Burry highlighted that there might still be several stocks that will be valuable to investors. He singled out Cigna Corporation (NYSE: CI), Alphabet Inc (NASDAQ: GOOGL), Discovery Inc (NGS: DISCK), and Booking Holdings (NASDAQ: BKNG).

Furthermore, his prediction on cryptocurrencies comes after Bitcoin suffered its worst quarterly returns in over a decade. Finbold reported that Bitcoin’s return’s for the 2022 Q2 plunged by 56%. The asset is trading below the $20,000 level but has not indicated signs of embarking on a rally.

For Bitcoin and equities, inflation and tight monetary policies from the Federal Reserve will likely trigger a correction. July will be crucial for both markets that have shown high correlation considering the CPI figures will be coming out soon. 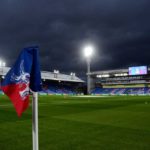