Cardano (ADA) founder Charles Hoskinson took to YouTube today to give a brief update on the ‘Alonzo’ hard fork.

Alonzo is slated to provide the network with exciting and long-awaited new features by incorporating Plutus scripts onto the blockchain, enabling the development of smart contracts on Cardano and the deployment of a wide range of new Defi applications for the first time.

During the stream, Hoskinson alluded to a large business engagement traction with the network:

“When you look at the D5 set on Cardano, there are dozens if not hundreds of good candidates there and over 1,500 developers trained through the police pioneers program, so there’s an enormous amount of commercial interest traction community effort with Cardano.”

Although ADA is the fifth-largest cryptocurrency by market capitalization and self-described third-generation blockchain project, the network is not without its critics.

The Ethereum co-founder added in response to Twitter disagreement:

“We actually have that kind of traction. There are tens of thousands of assets and over $10 million worth of NFTs I think have been sold if we’re counting correctly throughout the Cardano network.”

“The ecosystem is quite healthy and viable, and since that time of the prediction last year, we’ve seen a tripling in the population size of Cardano and obviously a lot of value accumulation as well.”

Furthermore, the mathematician regards his network as the number one stake network in the entire space, with a massive community following its developments on every social channel from Reddit to Telegram.

To this end, Hoskinson added:

“By every measurable KPI, the growth of the last year has been remarkable and smart contracts are nearly here. It’s just a phased process because Cardano is so large and listed in so many places.”

Additionally, Cardano was recently accepted as Grayscale Investments’ third-largest position, showing the rising demand for the digital asset, and as a result, it has attracted a lot of institutional attention. 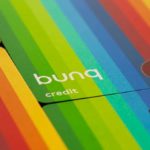