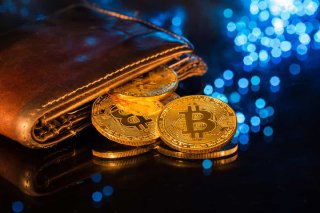 The Bitcoin network continues to record increased activity on its blockchain despite the asset undergoing high volatility across 2022. Part of the notable activity has centred around the number of addresses created on the network, highlighting the general market sentiment regarding the flagship cryptocurrency.

As of July 12, the number of Bitcoin addresses ever created surpassed the one billion mark for the first time hitting 1,000,002,559, data provided by crypto analytics platform Glassnode indicates.

Over the years, buying in the dip has emerged as a common investment strategy, especially for individuals intending to make profits in the long term. The trend is likely triggered by retail investors who might be opting to own Bitcoin in anticipation of a new all-time high and the latest figure might hint at a broader trend.

Overall, the number of Bitcoin addresses should be interpreted as bullish sentiment for the asset that is struggling to sustain gains above the $20,000 mark. By press time, Bitcoin was trading at $19,700 dropping by almost 4% in the last 24 hours.

Although the number of Bitcoin addresses created continues to rise, the metric does not directly translate to people who own the asset. However, the figure is key in providing the general picture of Bitcoin’s adoption.

In some cases, individuals tend to have multiple Bitcoin addresses to send and receive transactions. Interestingly, the growing number is potentially driven by the need by some investors to handle each Bitcoin transaction on a new address as part of maintaining privacy.

Furthermore, the number of addresses with any Bitcoin remains a fraction of all created addresses. As reported by Finbold, addresses holding Bitcoin surpassed the 40 million mark for the first time in history early this year.