Along with measuring major gains in price and breaking through the $44,000 mark, Bitcoin (BTC) is also recording increases in the number of addresses holding the asset, surpassing the 40 million mark for the first time in history.

Specifically, the number of addresses holding Bitcoin was 40.25 million as of March 24, an all-time high since the cryptocurrency’s nascence, as demonstrated in a chart shared by artificial intelligence crypto analytics platform IntoTheBlock on March 25.

According to the research platform’s tweet, the number of addresses holding Bitcoin experienced a drop in February, only to continue growing and setting new highs.

“This points to growing interest and adoption for Bitcoin,” the platform added.

Holders accumulate and so do the holdings

Finbold had also reported on the previous all-time high from March 14, when the average number of addresses holding Bitcoin reached 39.7 million, after 888,000 new addresses with a balance in Bitcoin joined the network since the beginning of 2022.

Notably, one week before the latest development, Finbold had reported that long-term Bitcoin holders were choosing to accumulate their holdings, unmoved by the cryptocurrency market volatility.

At the time, the total balance of Bitcoin in the wallets of investors who possessed it for more than one year was over 11.7 million BTC (around $518.46 billion at press time), recording an upwards trajectory since November 2021.

The recently mounting bullish sentiment for the largest cryptocurrency by market capitalization is also reflected in the massive amount of it leaving exchanges.

As Finbold earlier reported, around 61,000 BTC, worth $2.7 billion at press time, was taken off various crypto exchanges in only 15 days.

Bitcoin’s market cap is currently $847.1 billion, according to the latest information acquired from CoinMarketCap. 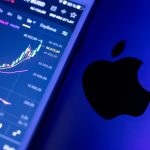