The latest on-chain data reveals that in the previous 24 hours, Tron (TRX) is the third most frequently acquired cryptocurrency on the Binance Smart Chain (BSC) as of December 11.

Indeed, the average purchase amount of TRX in the last 24 hours is $9,392, making it the third most bought token on the network, while the average token quantity bought is 103,648, according to metrics from the top 1000 BSC wallets on WhaleStats.

Aside from that, EIFI Finance (EiFI) is the most purchased token on the network, with an average buy value of $156 501. It is followed by the Metaverse token Axie infinite (AXIE), which has an average purchase amount of $19,147. Ethereum (ETH) and SafeMoon (SAFEMOON) are also among the most frequently acquired tokens.

Tron wallets on the rise

In addition, the number of total accounts on Tron has also climbed by 145,919 during the previous 24 hours, bringing the total number of accounts to 66,226,794 at the time of publishing.

It’s noteworthy that Tron has been relatively less volatile when compared to other cryptocurrencies; the Distributed Software Platform is ranked 21 among the top 100 cryptocurrencies trading at $0.09041, down 1.23% over the last 24 hours but up over the previous seven days 8.79% with a total market cap of $9.2 billion.

Notably, Tron was alongside Cardano (ADA), who received delisting news in the United States by social trading and multi-asset brokerage exchange eToro.

It was announced in a blog post by the trading platform that the stoppage would be effective starting on December 26, 2021, and that the staking of the tokens would finish on December 31, 2021.

Tron is a blockchain project that has grown into one of the world’s largest operating systems. Founded by Justin Sun, the platform is presently located in Singapore.

In order to assist developers in the development of decentralized apps, Tron makes use of smart contracts. The DeFi community, in fact, has grown to become one of the fastest-growing communities in the Tron.

DeFi projects based on Tron, for example, have a total value locked (TVL) of over $10 billion, according to the latest available statistics. 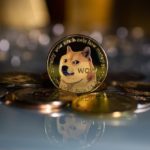