The United States stocks are overwhelmingly dominant globally despite the country undergoing several economic turmoils like the financial crisis and the coronavirus pandemic.

Data acquired by Finbold indicates the United States controls more than half of the relative size of the global stock market at 55.9% as of January 2021. The dominance by the U.S. markets stands out when compared to second-placed Japan, which controls 7.4%. Despite China emerging as a formidable global economic powerhouse, the country only accounts for 5.4% of the world’s total equity market value. In comparison, the United Kingdom ranks fourth with a share of 4.1%.

Why U.S. stocks are dominant

The share by U.S. stock exchanges reflects the country’s economic performance, large IPO returns alongside significant profits stocks. Based on the vast difference, it is evident no other market can rival the United States at this moment.

The dominance by the U.S. also stems from the fact that the leading companies globally are listed in the country. Notably, American companies like Apple, Tesla, Microsoft, and Amazon cumulatively control high valuations that run into trillions of dollars. These companies also experience faster profit growth which is reinvestment at higher rates.

The contribution of these companies to the U.S. share in the stock market is also highlighted in our previous research. It emerged that the top 500 U.S. public companies’ market value grew by $1.99 trillion between December 31, 2020, and March 31, 2021, from $33.38 trillion to $35,38 trillion. The value addition was mainly contributed by the tech sector that offered tools for navigating the pandemic, especially with entertainment and working from home.

Additionally, the U.S. stock market offers access to the best capital and financing for companies that trade there. This explains why leading foreign companies are listed in the U.S. Although countries like China are making advances to attract big foreign companies to list with the local stock market, the U.S. remains an attractive destination for cross-border listing. Therefore, U.S. stock exchanges attract a large volume of companies directly contributing to the share.

Furthermore, listing in the U.S. for foreign companies has a reputation of attracting cheaper cost of capital, increased shareholder base, greater liquidity alongside prestige. The U.S. capital markets also have a well-defined and clear regulatory framework compared to other large economies like China.

Overall, trading in U.S.-based exchanges seems to eliminate some investor concerns. Before listing, foreign companies must comply with Securities and Exchanges Commission guidelines offering a more transparent process. Unlike regions like China, most companies tend to be skeptical due to uncertainty and control from the state.

The U.S. position indicates that the country’s stock market has a strong foundation. The share is still significant even with the region experiencing one of the worst impacts of the pandemic.

Despite the U.S. grappling with the pandemic’s economic impact, China resumed normal operations, presenting a perfect opportunity to eat in the U.S. share. However, the U.S. has established itself as the universe of the global home of the stock exchange.

Based on the U.S. dominance of the stock market, it is evident that no country is posing a real challenge. For other markets to catch up, they need to be innovative and provide a conducive environment that will attract high valuation foreign companies. At the same time, they need an environment that retains local companies. 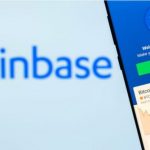