As the cryptocurrency market expands and digital currencies become more widely adopted, some U.S. states are looking for ways to incorporate them into the operations of their financial institutions.

One of these efforts includes a bill that the Governor of Louisiana John Bel Edwards signed, allowing financial institutions in Louisiana to custody Bitcoin (BTC) and other digital assets for customers, as confirmed by crypto analyst Dennis Porter on June 21.

Indeed, the bill “No. 802”, which was sponsored by Louisiana State Representative Mark Wright and supported by the Pelican Center for Technology and Innovation and its director Eric Peterson who shared the news as well, states that its enactment would:

“Allow financial institutions and trust companies to serve as custodians of digital assets; to provide for parameters and procedures; and to provide for related matters.”

As per the bill, custody services refer to “the safekeeping or custody of virtual currency or other assets by a financial institution or trust company.”

Meanwhile, Wright, a known crypto enthusiast, has also proposed the crypto-friendly bill “No. 1010”, which would allow the creation of deregulated industrial power zones in the state.

If this bill becomes a law, it will allow a governing authority to petition the state land office “to designate a tract of land within the parish as a power zone.” According to Peterson, this move would make Louisiana an attractive place for Bitcoin miners.

It is also worth noting that there is no lack of crypto advocates among U.S. politicians, including Wyoming Senator Cynthia Lummis, who has recently officially presented before the United States Congress a crypto regulatory bill that would fully integrate digital assets into the U.S. financial system.

Other politicians with crypto-related agendas include senatorial hopeful Bryan Solstin, who promised to focus on making Bitcoin legal tender in the country should he be elected, which would make the U.S. one of the few nations in the world to do so. 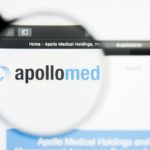