The United States government, alongside private sector players, are pushing for advanced bitcoin regulations to curb the use of cryptocurrencies as payment for ransomware attacks.

Some of the fronted proposals include widening the ‘know-your-customer’ (KYC) regulations to cryptocurrency exchanges, extensive tracking of bitcoin transactions, and strict licensing requirements for an organization cryptocurrency sector.

However, other proposals like the creation of a Justice Department will need approval from Congress. The department will be responsible for seizing all the ill-gotten digital assets. The report detailing the recommendation will be out on April 29, 2021.

If the recommendations are implemented, it will be the first step towards reducing bitcoin and other digital assets’ role in aiding financial crimes.

Experts have classified ransomware attacks as an epidemic, and officials believe regulating the crypto sector will help fight the scourge.

The panel has identified companies, government agencies, hospitals, and school systems as the most vulnerable to ransomware attacks. The U.S. has noted that some of the attackers have close ties to North Korea and Russia.

According to Philip Reiner, who led the Ransomware Task Force, there is a need for international collaboration to curb the epidemic.

“However much crypto markets think they have created their own networks, they still rely on existing financial markets,” said Reiner.

The U.S. move comes as other jurisdictions globally deliberate on regulating the cryptocurrency sector and mainly bitcoin. Notably, bitcoin’s ability to aid vices such as money laundering and drug trafficking has been a significant point of concern. Currently, Turkey and India are leading in introducing regulatory measures in the digital currency space.

The recommendation will impact bitcoin’s price either on a long-term or short-term basis. Recently, bitcoin dropped to below the $50,000 mark amid worries over rising U.S. tax plans initiated by President Joe Bident. By press time, bitcoin was trading at $53,729, according to data provided by CoinMarketCap. 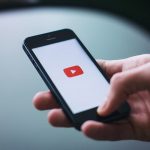