The seizure was conducted by the country’s Met Economic Crime Command following intelligence reports on a possible transfer of criminal assets.

Although the authorities did not specify the cryptocurrencies seized, the amount surpassed the £47 million recovered from criminal investigations during the 2020/21 financial year.

According to Deputy Assistant Commissioner Graham McNulty, the use of cryptocurrencies is a sophisticated form of money laundering.

“Cash remains king, but as technology and online platforms develop, some are moving to more sophisticated methods of laundering their profits. But, we have highly trained officers and specialist units working day and night to remain one step ahead,” said McNulty.

In recent months, authorities in the UK have increased their efforts in regulating the crypto sector. For instance, the London Metropolitan Police has expressed interest in getting more powers to seize and freeze cryptocurrencies held by criminals.

The force, commonly known as the Scotland Yard, has called on the state to enact more laws giving the police more power.

In May, authorities also raided a mining facility in London for allegedly stealing electricity. Reports indicate that the stolen electricity ran into thousands of pounds. Interestingly, police were searching for a marijuana plantation when they stumbled upon the mining facility.

Elsewhere, the country’s regulator, the Financial Conduct Authority, also revealed a total of 111 unregistered cryptocurrency businesses. The FCA has gone ahead to warn investors, banks, and payment service providers against engaging with the businesses.

In January, the regulator unveiled new laws requiring entities in the crypto space to get full certification from the regulator before operating. 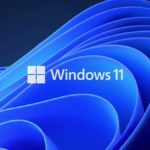 Microsoft CEO on Windows 11: This is the first version of a new era of Windows