According to a conclusion by the High Court of Justice in London, the claims of Craig Wright, a self-proclaimed inventor of Bitcoin (BTC) and reportedly one of its major whales, in a defamation case have been declared false.

Indeed, the Australian computer scientist claiming to be the mysterious Satoshi Nakamoto had accused a cryptocurrency podcaster and blogger Peter McCormack of libel over stating that Wright was not Satoshi and that his claims to being Satoshi were fraudulent.

As per the court decision from August 1, Wright’s first witness statement was declared “straightforwardly false in almost every material respect.” The ruling judge explained that he had reached a conclusion based on several matters.

Among others, these included “the extent to which that case – and the evidence contained in the first witness statement – were subsequently shown to be false; the timing of Dr Wright’s third witness statement (…); the vague and unimpressive oral evidence given by Dr Wright in support of his new case at trial; and the lack of any adequate or convincing explanation for the falsity of the original case and evidence.”

“I therefore conclude that Dr Wright’s original case on serious harm, and the evidence supporting it, both of which were maintained until days before trial, were deliberately false.”

Meanwhile, McCormack expressed his gratitude for the judgment on Twitter:

Controversy behind the self-styled Bitcoin architect

In June 2021, Ethereum (ETH) founder Vitalik Buterin accused Wright of pretending to be the anonymous founder of the largest cryptocurrency comparing him to former U.S. President Donald Trump and daring his lawyers to sue him.

In mid-March 2022, Wright was forced to pay $43 million to a joint venture he co-founded, as a federal court convicted him of illegally taking intellectual property belonging to the venture, as Finbold reported.

More recently, Wright made public claims he was planning to eventually sell off his alleged supply of 1.1 million Bitcoin, which is currently worth close to $25.39 billion, according to CoinMarketCap data.

Such announcements caused fears of a market crash, especially as Wright earlier declared his intention to launch a 51% attack on the network. 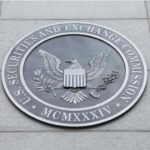 Over 16,000 people sign a petition calling for SEC Chairman's resignation