The government of the United Kingdom has introduced new legislative measures to control cryptocurrency advertisements and prohibit unlicensed crypto providers from providing their services.

Notably, the crypto sector that had been calling for existing ideas to expand beyond stablecoins, which are payments-focused cryptocurrency assets that strive to sustain value in relation to fiat currencies. Minister Andrew Griffith submitted the welcomed amendments to his bill on Friday, October 21.

An explanatory note that was tabled by Griffith and published on Friday as an amendment to the Financial Services and Markets Bill explained that the measures amend existing laws to “clarify that the powers relating to financial promotion and regulated activities can be relied on to regulate cryptoassets and activities relating to cryptoassets.”

It’s worth mentioning that it is against the law in the United Kingdom to engage in regulated financial operations without first obtaining authorization to do so.

The reforms have a good chance of being well received by a sector that has been pleading for more regulatory clarity, which the European Union has already begun to provide via the implementation of its Markets in Crypto Assets regulation (MiCA).

Regulators have been eager to expand their authority to encompass cryptocurrency for quite some time. In August, the Financial Conduct Authority (FCA) went as far as to point out the limitations that it intends to place on cryptocurrency advertisements in advance of legislation. Notably, the FCA has recently come under criticism over its handling of the industry, especially in approving licenses for new operators.

Notably, the meme coin FLOKI ad campaign was under investigation by the UK advertisements watchdog last year after ads surfaced all over the London Underground.

The committee is scheduled to consider the measure between now and November 3, but their plans may need to be adjusted in light of the resignation of crypto-friendly Prime Minister Liz Truss, which was announced on Thursday, October 20.

It is possible that additional ministerial posts may undergo turnover after the nomination of a replacement, which is scheduled for the following week. 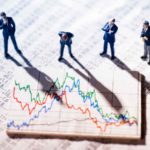