As the United Kingdom moves towards regulating the cryptocurrency sector, the country’s watchdog Financial Conduct Authority (FCA), has recently come under criticism over its handling of the industry, especially in approving licenses for new operators.

However, the regulator has responded to the criticism noting that the stringent measures are part of its standards similar to other jurisdictions, Reuters reported on September 30.

According to FCAs’ executive director for competition and consumers, Sheldon Mills, despite the strict laws, potential operators continue to show interest in the region despite being turned down initially.

“It’s no surprise that I still see many crypto firms still seeking to get a license here in the UK even though some have been denied those licenses at the first pass. <…> They know we have a good system of regulation, and if they meet our standards, that’s important for every jurisdiction that they seek to apply for around the world,” Mills said.

Notably, lawmakers in the country have been pushing to make the UK a global crypto hub. Still, they have identified FCA as a potential stumbling block over the alleged slow processing of license applications.

The recent growth of cryptocurrency has pushed the regulator to increasingly focus on ensuring that potential operators have enough protocols to curb vices like money laundering. Part of the growth is highlighted by a recent Finbold report indicating that Brits have so far spent over £30 billion on crypto.

Interestingly, the FCA earlier pointed out that about 90% of cryptocurrency companies that sought approval for their anti-money laundering controls withdrew the applications or had been turned down.

However, Mills noted that the agency is ramping up its efforts to speed up regulations by increasing the number of its staff.

“Over time, we expect faster, better decisions will support us in bringing down the costs of the regulatory system,” Mills said.

An exodus of firms from the UK

It is worth pointing out that FCA resorted to registering crypto firms afresh, a factor that saw analysts raise concerns the country would face an exodus of firms to friendly jurisdictions.

At the same time, in recent weeks, FCA has increased its regulatory mandate over existing entities. For instance, the agency recently issued a warning calling out cryptocurrency exchange FTX for operating in the UK without authorization.

Meanwhile, FCA has also approved an application by challenger bank Revolut to offer crypto services in the UK after a lengthy application procedure. 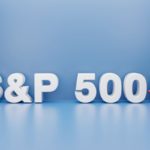 Data hints at correlation between the S&amp;P 500 now and during the 2008 collapse