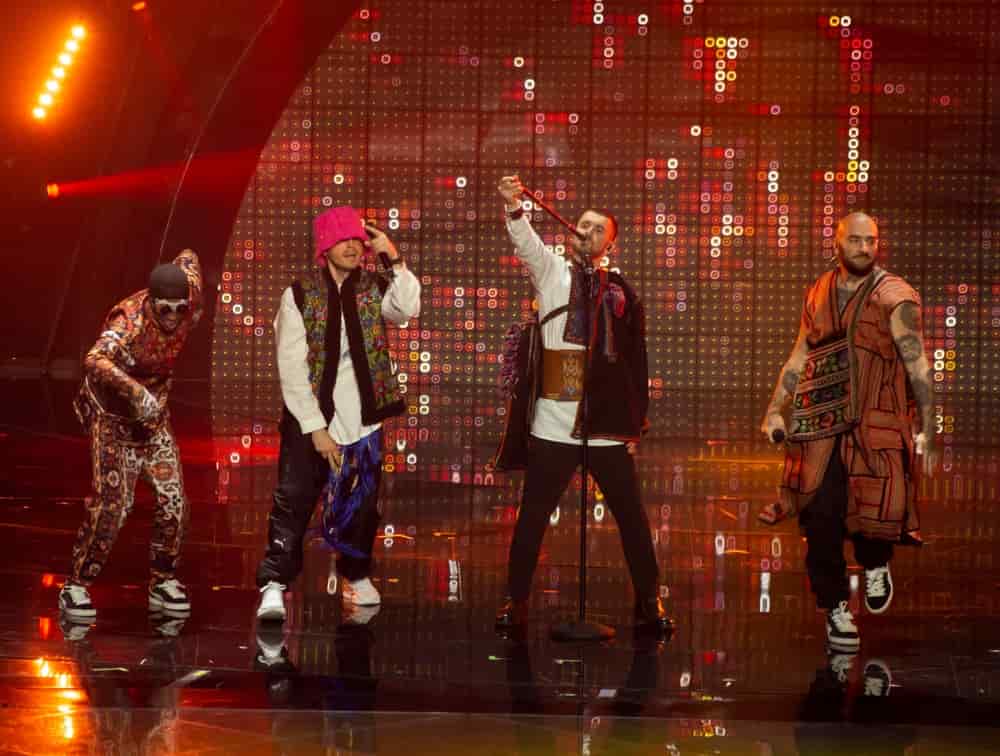 After winning the Eurovision Song Contest earlier this month, the Ukrainian band Kalush Orchestra decided to sell their trophy, with the help of Estonia-based crypto firm WhiteBIT, in order to fund the Ukrainian military currently battling the Russian invasion.

Specifically, the band sold the trophy – a crystal microphone at a Facebook charity auction. The auction ended at $900,000, which will be enough to purchase three drones for the Ukrainian Armed Forces, as the Ukrainian news platform Ukrinform reported on May 30.

The band expressed their enthusiasm and gratitude on Facebook:

“Friends, you are incredible! We are grateful to each of you who donated money to this auction, and especially to the WhiteBIT team who bought the trophy for $900,000 and have now become the owners of our trophy. Subscribe to them, they really deserve it. Glory to Ukraine! Glory to the Armed Forces of Ukraine,” the post reads.

The auction was led by Ukrainian TV presenter Serhiy Prytula, according to a Reuters report. During the event, he said that the planned aircraft that the Ukrainian army will purchase with this money is the PD-2 unmanned aerial system – including three aircraft and a ground control station.

Emotional victory for the nation under attack

Estonia commits the highest aid to Ukraine by GDP share, dwarfing Germany by over 10x Binance to donate $75 worth of BUSD for 3 months to every eligible Ukrainian refugee Ukraine bans buying cryptocurrencies with the local currency Hryvnia

The band won the song contest with their entry “Stefania,” causing an outpouring of support from around the world and an emotional victory praised by the Ukrainian President, Volodymyr Zelensky, himself. In an online message following the Kalush Orchestra victory, Zelensky said:

“Our courage impresses the world; our music conquers Europe! Next year Ukraine will host the Eurovision song contest. I thank the Kalush Orchestra for this victory and everyone who gave us your votes! I am sure that the sound of victory in the battle with the enemy is not far off.”

Even though the jury votes had placed Ukraine in fourth place, the country had won the competition thanks to the record-breaking votes of the viewers from nations all over the world.

Dubbed the “special military operation” by the Russian authorities, the invasion of Ukraine has entered its fourth month, claiming thousands of civilian lives, wrecking the once-sprawling cities, and forcing millions to flee their homes and seek shelter elsewhere.

Watch the official video of “Stefania”: