For investors looking to navigate choppy financial markets, the fact that stocks across all indices have been moving down in lockstep, followed by bonds, may be a worrying signal, indicating more pain to come.

Furthermore, investors seem to be focused on the macroeconomic news, which is one of the major reasons why most stocks are moving in unison, followed by the rise in the US dollar, which is putting pressure on gold and the earnings of publicly traded companies.

Meanwhile, co-founder of 21stParadigm.com, Dylan LeClair, shared a chart on Twitter on October 14, which showed that US bond returns in 2022 are in the same group as 1933’s executive order ‘6102’ and 1971’s Nixon Shock years when the drawdown in stocks and bonds forced the US government to default on its gold peg in the following 24 months.

Owning both stocks and bonds could be said to be one of the basic concepts of investing, also known as a 60/40 portfolio, where 60% is made up of stocks, higher risk-higher return, and 40% made up of bonds, which slowly chug along throwing off predictable rate of return.

Once stocks crash, bonds go up and thus protect the 60/40 portfolio, but not in 2022, where everything is going down.

Currently, the 60/40 portfolio is doing pretty bad, hitting its worst period in 100 years, and according to Sven Henrich from northmantrader.com, “so far worse than even 1929”.

Thus, in the interval, BlackRock’s (NYSE: BLK) chief investment officer, Rick Rieder, claimed that flipping the classic 60/40 portfolio around would make sense in this environment.

“I think in the near term, 40-60 makes more sense if you can get yields at these levels. I think for the time being, fixed income makes a lot of sense.”

Markets are bracing for another major Federal Reserve (Fed) rate hike during its next  meeting in November and then another one in December, which is why it seems as if there is no place to hide in the markets. 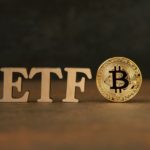