With Russia officially launching attacks on Ukraine, Frank Holmes, the CEO of US Global Investors believes that gold is the best asset to acquire in the high tension environment.

Speaking to Kitco News, Holmes stated that gold has the historical backing of being a safe haven asset during periods of war and political tensions. He noted that the market should not mistake gold’s poor 2021 performance as the reason to shun the asset.

Holmes acknowledged that although Bitcoin is emerging as a critical alternative, the asset is yet to prove itself, considering it’s still a young asset class.

However, Holmes believes that once Bitcoin beats several hurdles like regulations, it will take over gold as the go-to safe haven.

“When you look at gold, its breadth and depth of historical significance as a wonderful asset is really showing up when you have war. Bitcoin is a new phenomenon. <…> Historically, it’s been gold, and I would stick with that. Once we get more regulations that come into the crypto ecosystem, then Bitcoin will take on as another next leg of interest globally,” said Holmes.

The executive stated that gold is undervalued considering the current environment of high inflation and a potential rise in interest rates. He believes that the precious metal should be trading at around $4,000. However, he projects a target price of $2,500 to $3,000.

Holmes also insinuated that Bitcoin and the crypto markets might not take off like gold. He states that regulatory clarity remains the main issue affecting Bitcoin, especially with G7 countries leading the way in defining how to handle digital assets.

Interestingly, in a previous interview, Holmes stated that gold will rise in 2022, but Bitcoin will likely outperform the precious metal mainly driven by millennials.

At the same time, the spot price of the precious metal also gained 4.67% in a week to trade around $1,900, the highest level in eight months. Interestingly, the price of gold appeared to falter after reports emerged that Russian forces were moving back to their bases after completing drills near the Ukrainian border. 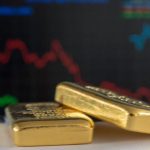