As countries accumulate more foreign reserves in United States dollars, only a few are emerging as the largest holders by significant margins.

Data analyzed by Finbold indicates that only six countries cumulatively hold $7.5 trillion in U.S. dollar foreign reserves accounting for 51.57% of all holdings by 193 countries. As of Q1 2021, the total holdings by all countries stood at $14.54 trillion.

China’s growing influence on the global economy is exhibited in its foreign reserves, which are by far the largest at $3.3 trillion. The value is over two and a half times more than second-placed Japan at $1.3 trillion. Switzerland is the only European country in the top six list ranking third with forex reserves of $1.08 trillion. Asia accounts for three countries on the list.

The foreign reserve holdings are significant for a country to maintain global confidence in its economy alongside the monetary and exchange rates policies. With massive holding in foreign reserves, a government can regulate any hostile economic movement and stabilize the forex rates to establish a more constructive growth environment.

Why China is leading in foreign exchange reserves

China’s significant foreign exchange reserve holdings reflect its recent economic growth progress and the drive to control the global economy. The reserves’ accumulation is potentially due to fluctuations in global exchange rates and foreign bonds held in China.

Over the recent years, the country has recorded a spike in foreign inflows into Chinese stocks and bonds in the country with a reputation of minimizing outflows. Chinese authorities have also enacted strict capital control policies keeping outflows under control, especially in the wake of the coronavirus pandemic.

Furthermore, China has held significant reserves despite the prolonged trade war with the United States that hampered both countries economic growth. By maintaining the massive foreign exchange reserves, the government has more room to adjust its position amid trade tensions. Over the years, China has considered its abundant forex reserves as a motivation to remain optimistic about the country’s economy.

From the top six countries, Asia accounts for half due to its position in the global economy. As a region, Asia sells more goods and services to the rest of the world than buying.

The trade imbalance results in an inflow of foreign exchange that is responsible for robust reserves. Furthermore, a significant and persistent surplus is reinforced by capital inflows hence the build of foreign reserves. The reserves also cement the fact that Asia relies on an export-led economic growth model.

Overall, the top six countries have significant reserves as it offers foreign investors confidence that a government can meet its debt obligations even during instances of dropping economic outlooks.

From the data, major economies in Europe are missing from the top list because the dollar and the euro are the most common reserve currencies deployed in international transactions. Switzerland is the only country from Europe in the top six spots because it opted to be a free market out of the European Union. 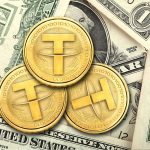 Stablecoins on exchanges top a record $10B, signaling the next crypto market pump