Members of the famous WallStreetBet subreddit have been targeted by a crypto scam resulting in about $2 million losses.

The scammers claimed that investors could acquire the non-existent token before it hit crypto exchanges. The fraudsters then posted a wallet where victims sent Binance coin (BNB) or ethereum (ETH) for the acquisition.

After sending the coins, victims were directed to reach out to a token bot and receive their WSB Finance virtual currencies. Suspicion emerged after people were notified that the bot had a problem.

Interestingly, victims were directed to arrange another payment with an equal amount or risk losing their entire investments to solve the issue. The affected people took the initiative to warn other WSB members to be wary of the scam. As of writing, the “WallStreetBets – Crypto Pumps” account has since been deleted from Telegram.

As of May 4, over 3,451 Binance Coin tokens were moved from the wallet listed in the Crypto Pumps messages. By press time, BNB was trading at $630, according to data provided by CoinMarketCap.

Furthermore, two weeks ago, WallStreetBets moderators warned users against such offers that are used to attract an audience.

The WallStreetBets subreddit made headlines early this year after the forum discussions resulted in a spike in video game retailer GameStop shares. The move led to heavy losses for hedge funds, which had shorted the stock where they had bet that GameStop’s stock price would go down. 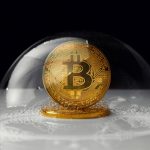 'Bitcoin is not an asset and we don't know its intrinsic value yet,' investment banker says