The Federal Reserve chair Jerome Powell is expected to release the latest update on the interest rate hikes as part of the institution’s move to tame the inflation that has come in low. Indeed, the cryptocurrency market will be following the update as it will potentially highlight the next price action for assets like Bitcoin (BTC).

With the inflation data coming in lower than expected, there are expectations the Fed will likely raise the interest rate by 50 basis points.

In this line, crypto trading expert and analyst Michaël van de Poppe has suggested the Fed’s decision is likely to offer Bitcoin a relief rally if the rates do not hit 75 basis points, he said in a YouTube video on December 14.

What to expect for Bitcoin

According to Poppe, reduced interest rates from last month’s figure will likely give Bitcoin a chance to sustain the recent gains. However, he warned that the market would likely tank if 75 basis points are announced.

“If we get a case of 50 bps, that will grant significant continuation on the market for a temporary case because the recession is most likely going to kick in next year, which will put the markets down a bit more again, but it gives the ingredients that which we need if we want to have relief rally,” Poppe said.

Overall, the inflation eased, hitting 7.1% in the 12 months to November from a record high of 9.1% recorded in June. Therefore, the data offers the Fed some breathing room to lower the interest rates.

By press time, Bitcoin was trading at $17,959 with daily gains of less than 1%. On weekly chart, Bitcoin has gained by over 7%.

At the moment, the asset is looking to reclaim the $18,000 position. In this case, Poppe noted that if the markets get a temporarily extended relief rally, the asset will likely claim the $18,200 position as a critical resistance position.

“We are currently grinding up, and we are facing the crucial resistance zone, which is the area at $18.2 as during May or June. We have been crashing towards $17.6, and we have to reclaim 18.2, and if we do, we are back into the range,” Poppe added.

Despite Bitcoin remaining highly volatile in 2022, a previous Finbold report indicated that the flagship cryptocurrency has emerged as the best-performing asset in seven of the last ten years. 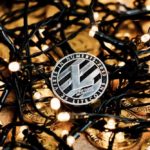