Cameron Winklevoss, the co-founder of Gemini crypto exchange, has hit out at digital assets investment firm Genesis and its parent company Digital Currency Group (DCG) for orchestrating an alleged fraud against the exchange users.

According to Winklevoss, Genesis misrepresented its true financial position, publicly and privately, to Gemini, leading to the loss of funds for about 340,000 customers, he wrote in an open letter on January 10.

In the letter, Winklevoss laid the blame on DCG CEO Barry Silbert, stating the board should consider removing the executive before finding a way forward.

It is worth mentioning that the affected customers earned interest by lending their crypto holdings through Genesis. However, the customers cannot access the $900 million in funds after Genesis ended reimbursements citing the effects of the FTX crypto exchange collapse.

“There is no path forward as long as Barry Silbert remains CEO of DCG. He has proven himself unfit to run DCG and unwilling and unable to find a resolution with creditors that is both fair and reasonable,” Winklevoss wrote.

The co-founder of Gemini added that, with new management at DCG, both Gemini and Genesis could find a solution out of court that would result in a win-win situation for all involved parties.

Since halting the reimbursement, creditors have been involved in seeking a solution, with Winklevoss maintaining that the DGC did not have good faith. In this line, he issued his first open letter arguing that Silbert involvement in the case was marred with “bad faith stall tactics.”

He, therefore, asked the DCG founder to commit to resolving the debacle by January 8. However, Silbert hit out at Gemini, claiming that DCG shared a proposal for resolving the dispute in late December, but there has been no feedback. 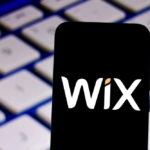